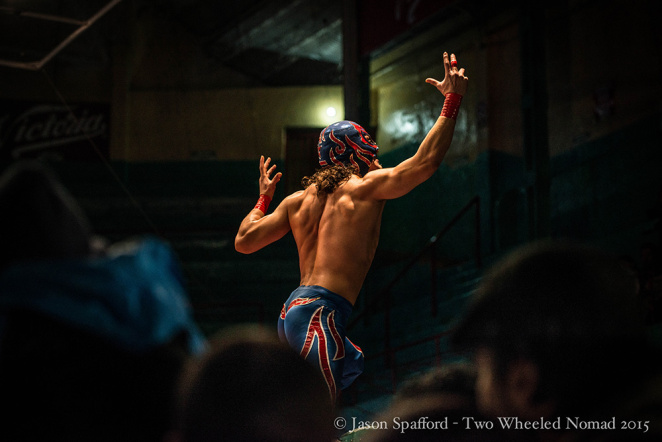 Upon saying our toodaloos to Leanne and Calvin in El Tule, we tootled off with the mountains and volcanoes flirting in our periphery onto Puebla—70 miles southeast of the capital. As well as the city, Puebla is also a Mexican state and the Spanish word for ‘seed that a gardener sows’. Might as well kill three birds…Meeting overlanders Chloe and Toby (from Carpe Viam), with whom we’d become acquainted at Overlander Oasis at an Air B&B apartment there was both a respite and a splurge for the month. Jason’s eye had just been all but taken out by a firework, unlucky lad.

Indulging in the apartment’s amenities such as: the swallow-me-whole-and-leave-me-here-forever sofa, coffee machine and double bed with en suite, set the mood to be a comfortable and convenient one. Just as well because a mind-bogglingly abstract tour around a museum in the afternoon left me uninspired and my brain aching—post a couple of hours of failing to fathom what the heck I was looking at—much to Chloe’s amusement and Toby’s surprise. Thank Karma it was free entry that day.

Clearly far more cultured city folk than we were, Toby arched his perplexed brow and asked inquisitively “Well if you’re not museum people, what kind of people are you?” ‘Oh that’s easy!’ I mused. “We’re outdoorsy types, anywhere there are big open spaces preferably with wildlife,” I conveyed in a smiling tone. “Oh.”

Ringside seats sat the four of us at the front of the Lucha Libre; an action-packed, high-energy night of Mexican wrestling! Think free fighting: masked Mexicans corded with muscle in frighteningly co-ordinated outfits oozing colour, shine (the baby oil variety) and sparkle. Tasked with tossing their opponents wildly into the air, lunging at them from great heights and kicking their backsides with all the faux wrath and mock might a man could muster—all in the name of flamboyant entertainment. Let it fly!

A couple of Coronas loosened me up and amplified the giddy-antennae at the same time. I’d never seen so many swiftly executed sequences of agile aerial maneuvers, feigned powerful strikes and semi-homoerotic fun in the space of an evening for a long time. Or ever! Feisty high-flying attacks would come frequently where a luchador (male wrestler) would charge his body into the ring’s ropes to catapult towards the challenger, using intricate combinations in rapid-fire succession and subsequently apply complex submission holds. It was kinetic energy meets acrobatic tumbles meets dynamic pinning of ‘excessive punishment’.

The playful brawlers were split into two categories, rudos (tough guys, also the villains known as “heels” that bend and break the rules), and téchnicos (the goody goodies or “faces” referred to as technicians who strictly ‘wrestle to rule’). Tradition also has it where there is usually a wrestler in drag present at some stage; the one before our eyes was a neon-explosion who took his sequined attire and animated performance to a bedazzling precedent. Stunning work! The victors and losers were evidently pre-determined but who cares when the entertainment reaches such glorious climaxes?

The men managed to deliver an intense performance behind their spectacular masks: Fantasma, Blue Demon, Mini-Histeria, Psycho Clown, Mistico and El Superbeasto to name some of the best. Revealing the wrestler’s face was akin to losing to an aggressor; the height of dishonour and humiliation in paying the ultimate price of the game. Their veiled appearance dated back to the beginnings of Lucha Libre in the early 20th century, the significance of which dates back further to the days of the Aztecs. Today, it has become an iconic if not totemic symbol of Mexican culture. I marvelled at how the masks creatively evoked the images of animals, gods, ancient heroes and other archetypes, giving each wrester a distinctly mysterious and fearsome identity. Whoa!

The sensationalised and stylised nature of the action was right up my alley, hilarious caper that commanded my attention all night. Magic idea and many thanks for the invite, Toby and Chloe. To my mind, the guys’ shenanigans were no match for the women wrestlers who made the most impact, radiantly exuding a je ne sais quois. The luchadoras. Some in their thirties but mostly forties, each made a show-stopping entrance before climbing into the ring and started chatting away like girlfriends rendezvousing over coffee and cake. An amusing spectacle in itself.

In the next breath, under the watchful eye of a rather mature male referee—who didn’t know where to look respectfully for the best—the luchadoras seamlessly launched into ‘battle’—giving a cheeky, boob-shimmying, pelvic-thrusting, bottom-spanking, sprightly performance. They were all lipstick and lustrous hair one minute, riotous minxes the next. Lithe in body, nimble on their toes and sexy in swagger. Not to mention acrobatically synchronised and outrageously risqué to the lively combat moves raining down upon them. Talk about glamorous and diamond-hard!

As someone with a visual sense of humour, I wouldn’t have missed this momentous event of exhilarating entertainment for the world. The Lucha Libre guarantees to take you on a jaw-hanging, foot-stomping, air-punching journey to the centre of a life-affirming struggle between the rudos and téchnicos, where good doesn’t always triumph over evil. Sorry Toby, I’ll take superhero-style Mexicans in outlandish masks over museums any day of the week..! It was downright dirty. Game on.

The following morning saw us wish Toby and Chloe tally-ho and invest in an extra day to meander around Puebla. The spitting rain may’ve swayed us to stay on, that and the prospect of more time on the plush sofa. Puebla cathedral, we were told was well worth a nosy, according to Toby anyway. Alrighty, lets give it a whirl. Neither of us knew what lay inside so remained open-minded and on board. As construction had begun in the early 16th century and the cathedral was finally consecrated in 1649, it could be quite good with that mountain of time devoted to creating the divine place of worship.

Despite its austere exterior of morbid grey stone, the cathedral’s spacious interior was crammed with artistic artifacts found in no less than 14 lateral chapels and a rather unusual octagonal main altar—many bishops beneath which were buried. It bore a Latin cross plan, with a wide central nave flanked by two significant aisles on each side, where two levels were supported by Corinthian columns. Topped with a dome modelled on that of St Peter’s Basilica in Rome, there was also a rear wall devoted to a Blessed Sacrament apse chapel where the inside of the dome was painted with The Assumption of the Virgin. Busy in parts but quite breathtaking as it happens.

As Roman Catholic colonial cathedrals go, this one was built in the Renaissance and Baroque styles. Over the years, it had transitioned to a Neoclassical style visible on the façade. No one can deny it was elaborate in fine detail, reeked of money and boasted a rather grandiose way about it—the thing came with an 18,000 pound bell at the top of its towers—the highest in Mexico.

Funnily enough, legend has it that when the building of the Immaculate Conception closed, the notion of how to raise the bell to the top of the tower came into question. One morning way back when, the city of Puebla awoke to the news that the bell had already been erected, pealing with joyous rings. Since it looked like a miracle, no one doubted that the angels had come down to raise the bell; the reason the city is now known as Puebla de los Angeles. Although I’d argue that it’s the old streets, rooftop views and its pork and pineapple flavours that give Puebla a heavenly sense.

Despite our genuine jaw-on-the-floor reaction to the cathedral’s impressive interior, the pair of us were continually stalked by a little mouse like lady. Against a magnificent wall of organ pipes and trumpet-blowing angels adorning the inner walls, adjacent to paintings of religious figures gilded in gold, the backdrop to which stood statues of revered saints, the mousey lady looked as brown and brittle as an autumn leaf. Her nose attracted my attention; it looked like someone had pinched the sharp end of it closed with pliers. She had small, dark eyes and a mouth like a catfish’s—out of which frequently mewed “No fotos! No cellular!”

Mmn, I guess we’re not churchy people either. 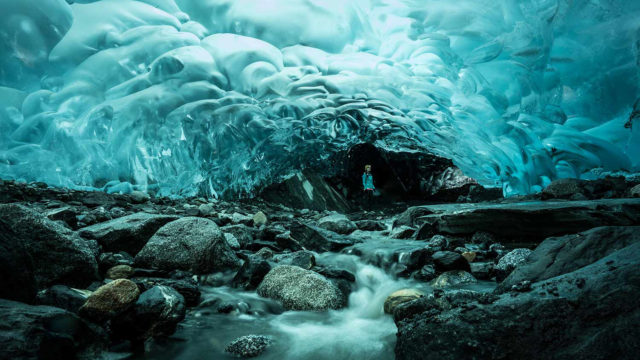 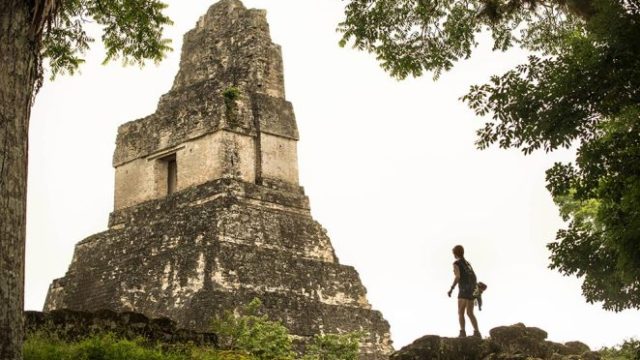 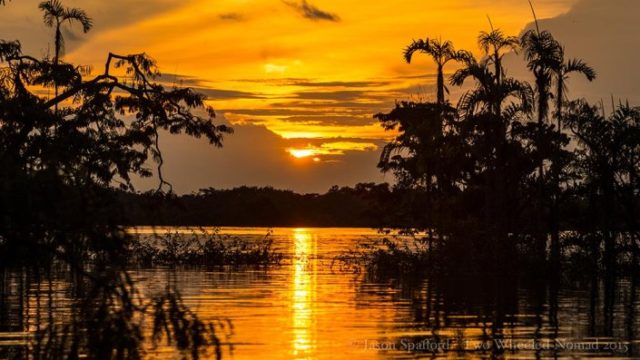 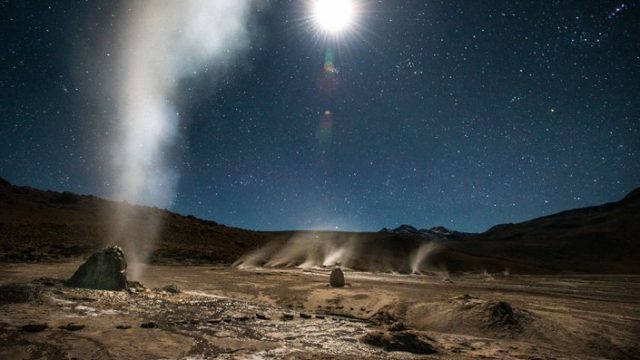 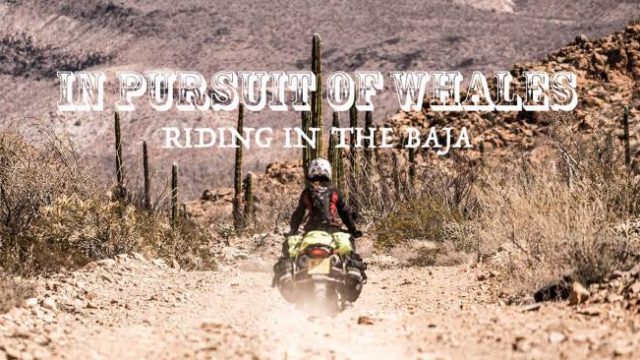